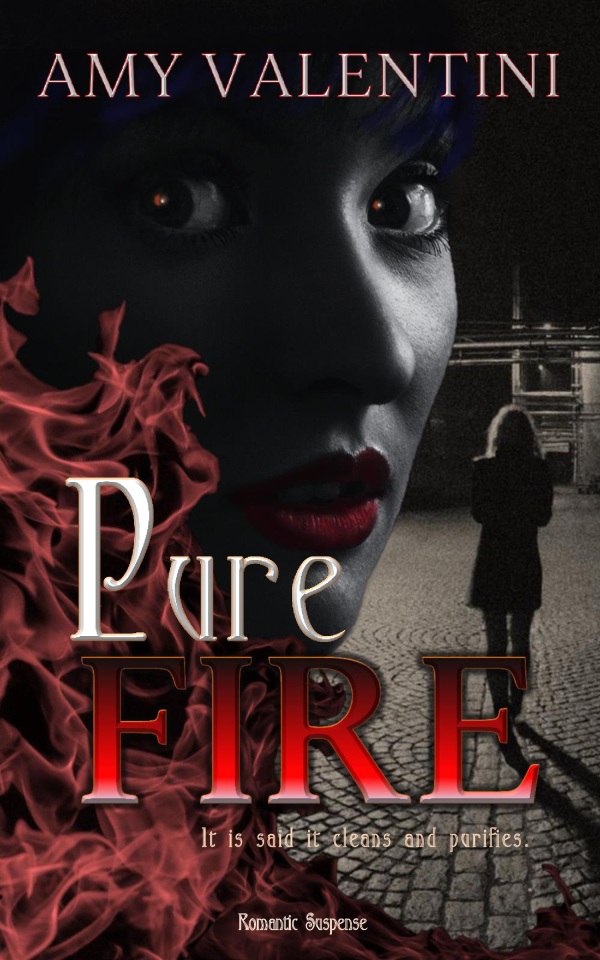 It is said it cleans and purifies.

Prostitutes disappear around the city all the time but with it happening close to home, Faith O’Reilly worries her salon might go under for good because of it. When her sexy absentee tenant reappears after an unexplained absence, more than her libido jumpstarts…her suspicious nature comes to life too.

Because he knows bad things happen to good people, Detective Ryan Davies takes his work seriously but when a new case lands him where he lives, he finds himself in deep conflict. As an undercover cop, lies go with the territory but deceiving his beautiful landlord is not on his list of things he fantasizes doing with her since first meeting her. But since his list of suspects includes her, he must tread carefully.

When an employee of the salon dies and another disappears, Faith begins to look at everyone around her, including Ryan. She needs to know the truth if she can ever trust him. While Ryan worries what Faith’s reaction will be when she learns the truth about him, he knows it might do more than drive a wedge between them—it might put her directly in the path of danger. When the culprit reveals himself, can Ryan protect Faith from being the next victim?

I am currently unavailable for new editing appointments, but am always available at any time to assist with BLURBS & BOOK COVER DESIGNS. Let’s get you the success your manuscript deserves! <3

By commenting, following, or contacting me by contact form, you allow your information to be shared with this site. I will never willingly share your information with any other outside source or SPAM you. Thank you for visiting.

Sewing, throwing shade, and spilling tea all in the name of history

THE PLACE FOR ROMANCE and COMPLETE EDITORIAL SERVICES AND PROMOTIONAL TIPS FOR YOUR MANUSCRIPT - Editorial and Cover Design Services Provided by Author and Editor, Amy Valentini

Tuning you in to the young adult nonfiction book world.

The Editing Maven
All Things Georgian

Writing about anything and everything to do with the Georgian Era

Musings of a young widow.

Thoughts From a Work in Progress

Thoughts on Life and Love

Helping writers and readers find time for their passion.

A Place to stay up to date on all things Danielle Jamie!

Where every hour is happy hour!

romance that breaks the rules

Romance and Other Dangers

Romance. Food. Passion. With a dash of suspense.

Kiss and Thrill
Romance With An Edge

Writing on the Edge

Addicted to Diana Gabaldon's Outlander series? Me too! I need a Jamie fix...

Dedicated to the fans, the characters, and the books